Sign in to view full video or become a member now!
Duration: 2:39 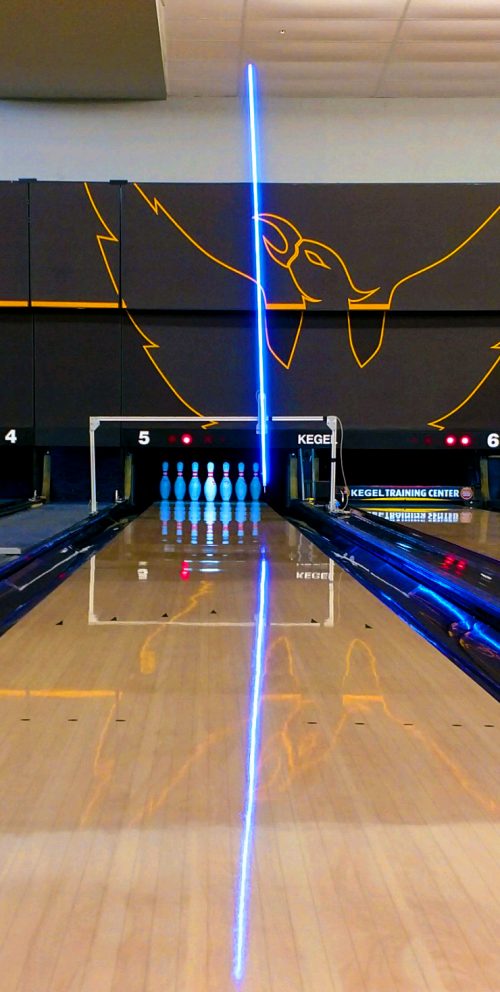 The Kegel Torch is a great product that helps identify bowling launch angles. Bowling Launch angles are what ultimately determines where the bowling ball is going to go.

The Torch acts as a visual aid that allows you to see where the ball should go on the lane, from where you’re standing on the approach.

The Torch is an LED light that reflects on the lane, making the invisible visible.

Gold Coach and Bowler Development Lead at Bowlersmart Richard Shockley along with Kali Triske demonstrate how to play both inside and outside lines utilizing the Kegel Torch.

In this video below, the camera is acting as you the bowler. The Torch reveals what arrow you should hit, based on where you are standing on the approach. This is known as the bowling launch angle.

The torch is set up 40 feet down lane at the 9 board, the break point for this pattern.

Kali is demonstrating how to typically play a short pattern. You’ll notice Kali’s shoulders are straight towards her target and the line presented from the torch appears almost straight.

Kali now is playing an inside line. She is opening up her hips and shoulders allowing her to swing the ball out to hit the break point.

The torch was not moved. Kali is playing the lanes two different ways. She changed her bowling ball, hand position, and speed while opening and closing her launch angles.