The 2019 PBA season has brought upon a lot of exciting changes. The most notable: television coverage on Fox Sports. The PBA and Fox Sports introduced Specto SideTrack technology to their broadcast. A game changer in the world of televised bowling. 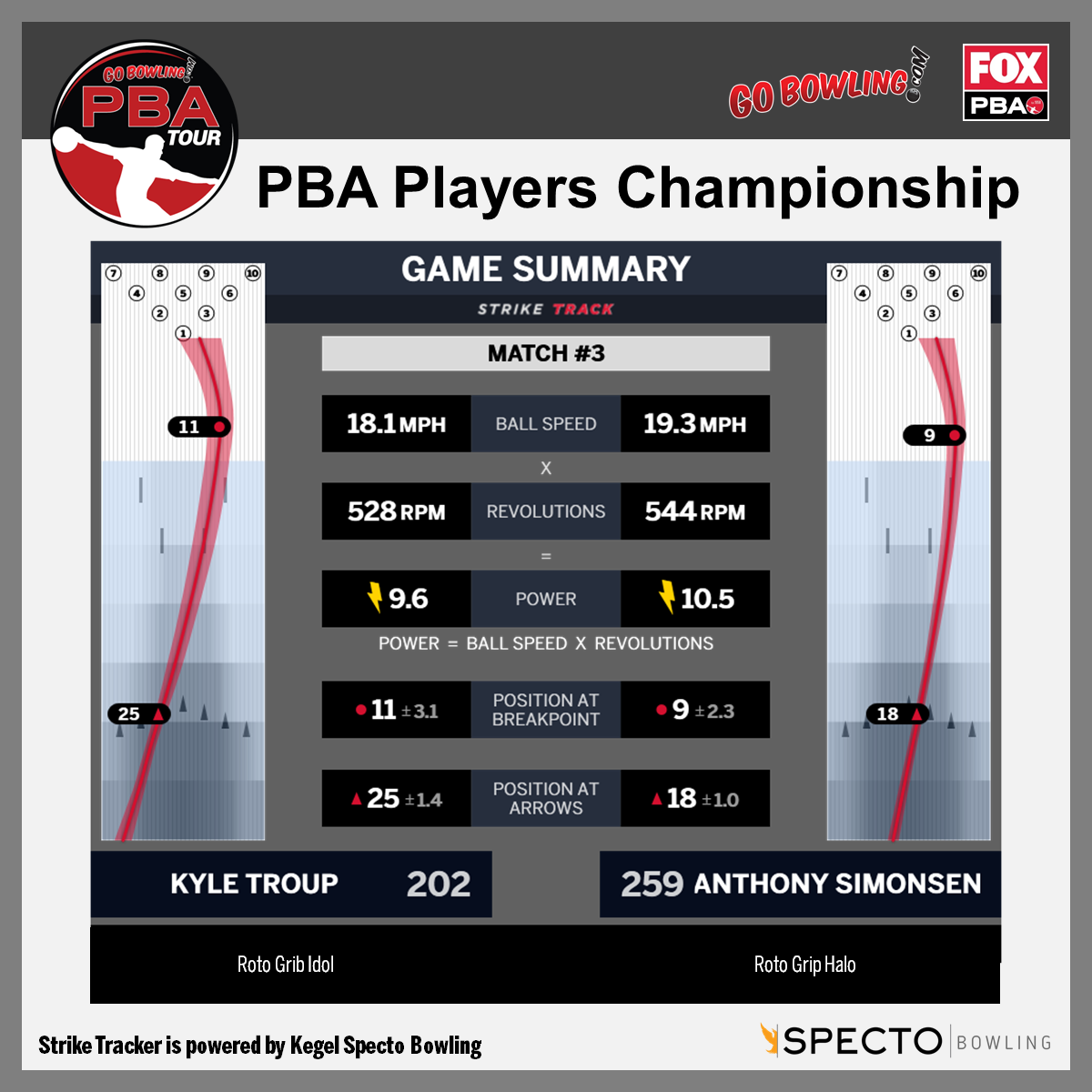 Real time ball tracking provides immediate feedback, giving viewers a much needed visual to better understand the only sport that is played on an invisible playing field.

So, is this information only accessible to professional bowlers on TV? The answer: No.

We headed to Storm’s facility in Brigham City Utah to catch up with Gold Coach and Vice President of North American Sales Hank Boomershine.

Boomershine will teach you how to gather the same information you see on TV, with a smartphone or tablet, a coaching app, and some graphs and charts.

You’ll use a smartphone or tablet to gather ball speed. Scoreboards in bowling centers generally generate ball speed down lane. 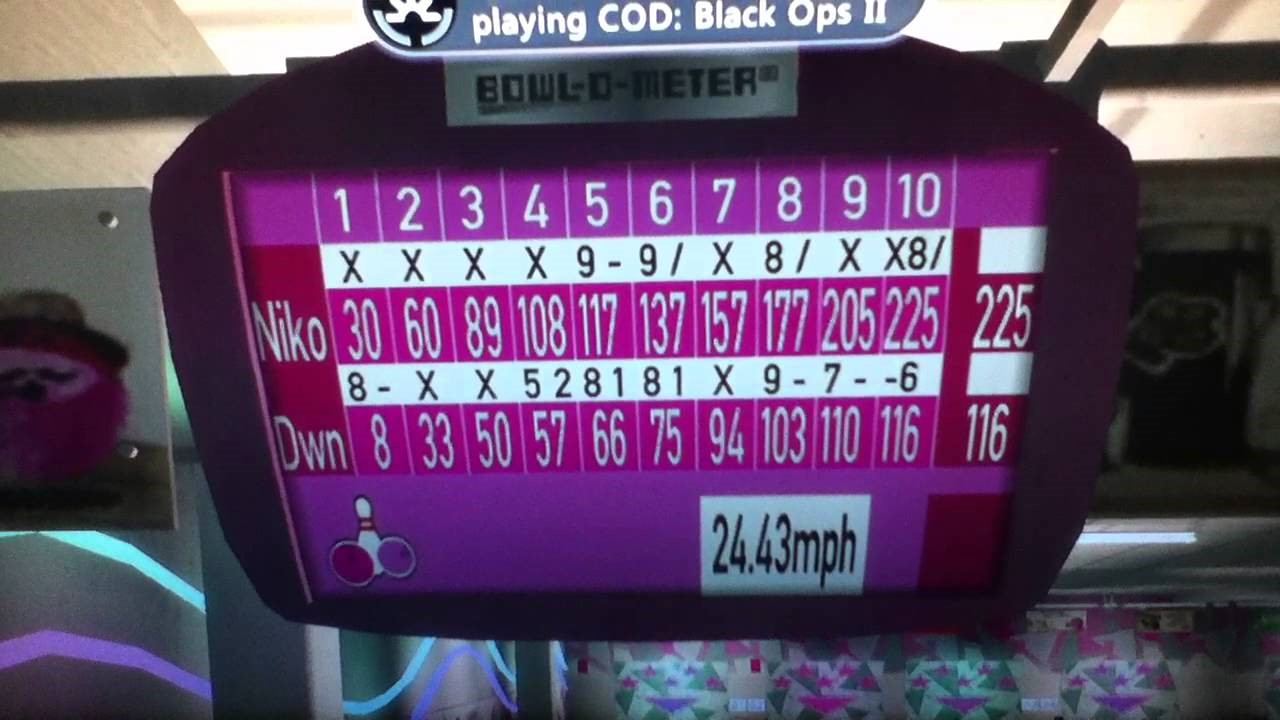 Variables occur when speed is generated down lane, like the amount of time the ball is in oil or friction. Which means the numbers can fluctuate, becoming misleading. When you record ball speed off the hand, it eliminates variables and gives you a true count every time. 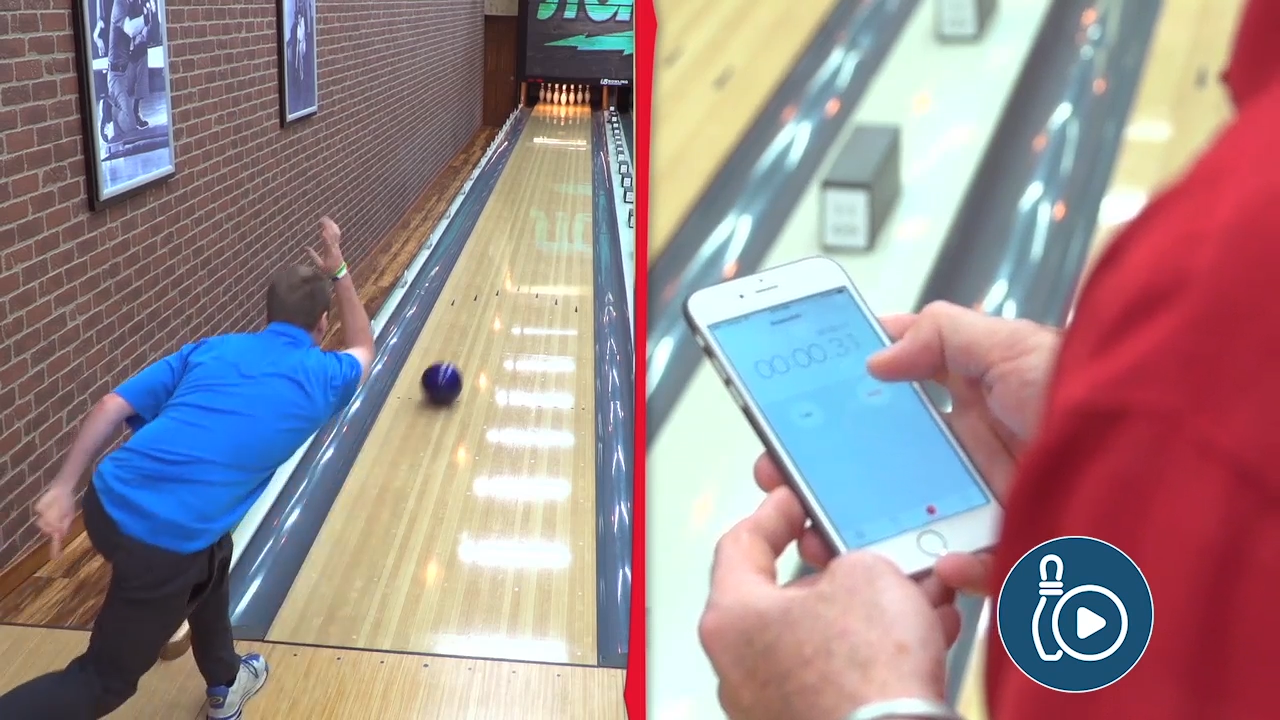 Open up your stopwatch and start the timer when the ball leaves the bowler’s hand. When it crosses the arrows stop the stopwatch.

Next, reference your findings to the chart below to equate your ball speed. 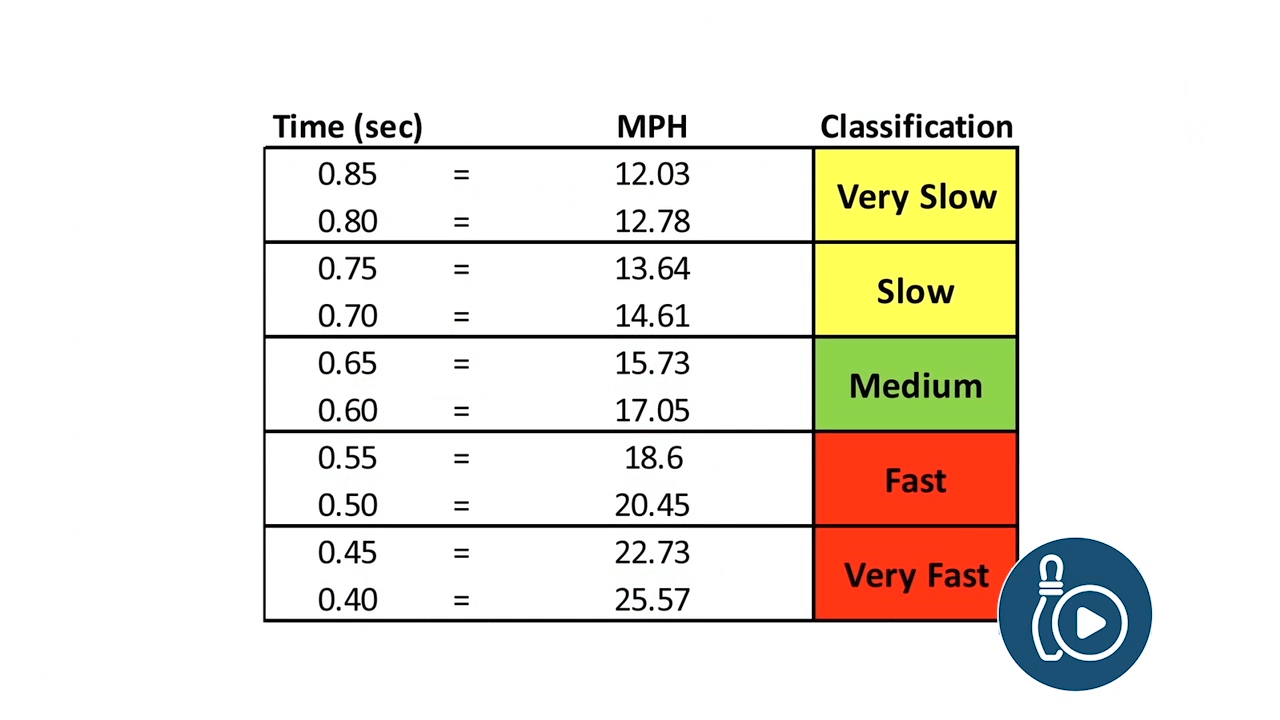 The player’s speed in this video equated to 17.05, medium speed. Besides being cool to have, this information helps put all of the pieces of the puzzle together towards achieving what every bowler wants to do: match up.

The second part of the equation you see on TV with Specto SideTrack technology is revolutions. Speed and rev rate are the two most dominant factors a bowling ball has to offer on the lanes.

To figure out your rev rate, first you need to find your PAP (positive axis point). If you haven’t done this or don’t know how, watch the video below.

After you’ve identified your PAP, you’ll then put a piece of tape from the PAP to the center of your grip. 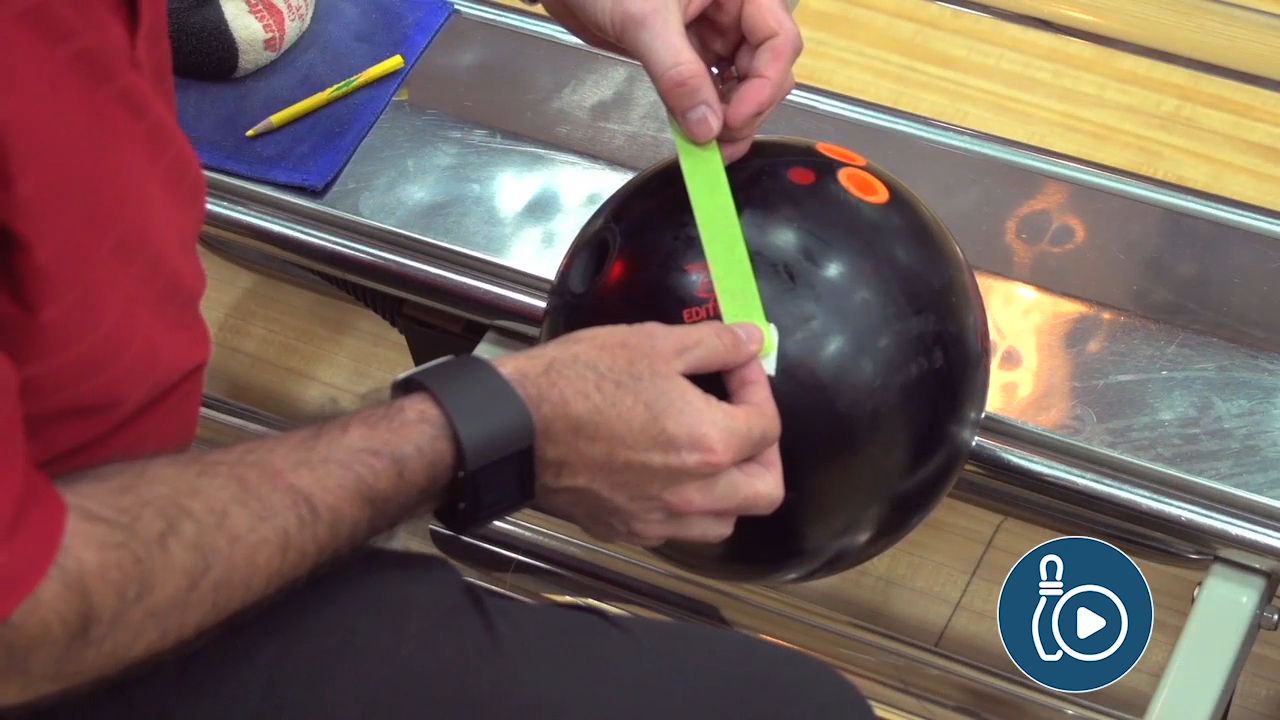 Then you’ll measure the rotation of the bowling ball going through the first 15 to 20 feet of the lane, after the ball leaves the hand.

Using your smartphone or tablet and a coaching app (Hank used Coach My Video) to gather this information, you’ll count the number of rotations that occur within that distance, like an hour hand on a clock going around and around. 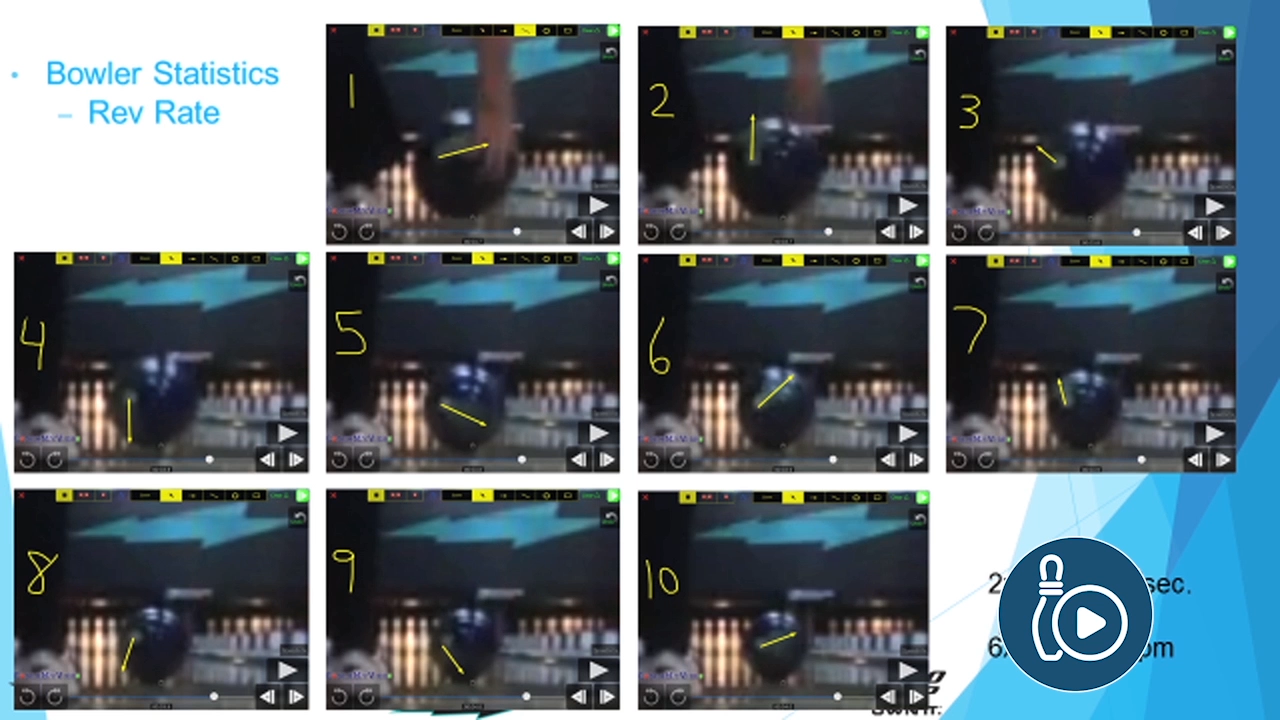 Next, you’ll determine how many frames per second (fps) your video was recorded in on your smartphone or tablet.

This bowler rotated the bowling ball 2.5 times in the 10 frames of video we recorded at 30fps.

Next divide the 10 frames recorded by 30fps, which our camera was recording video at.

Then take the 2.5 rotations and divide that by the .333 you just equated.

This will give you 7.5 rps (rotation per second).

Finally, take the 7.5 rps and multiply that by 60. The 60 represents how many seconds are in a minute. This will give you rotations per minute or rpm. 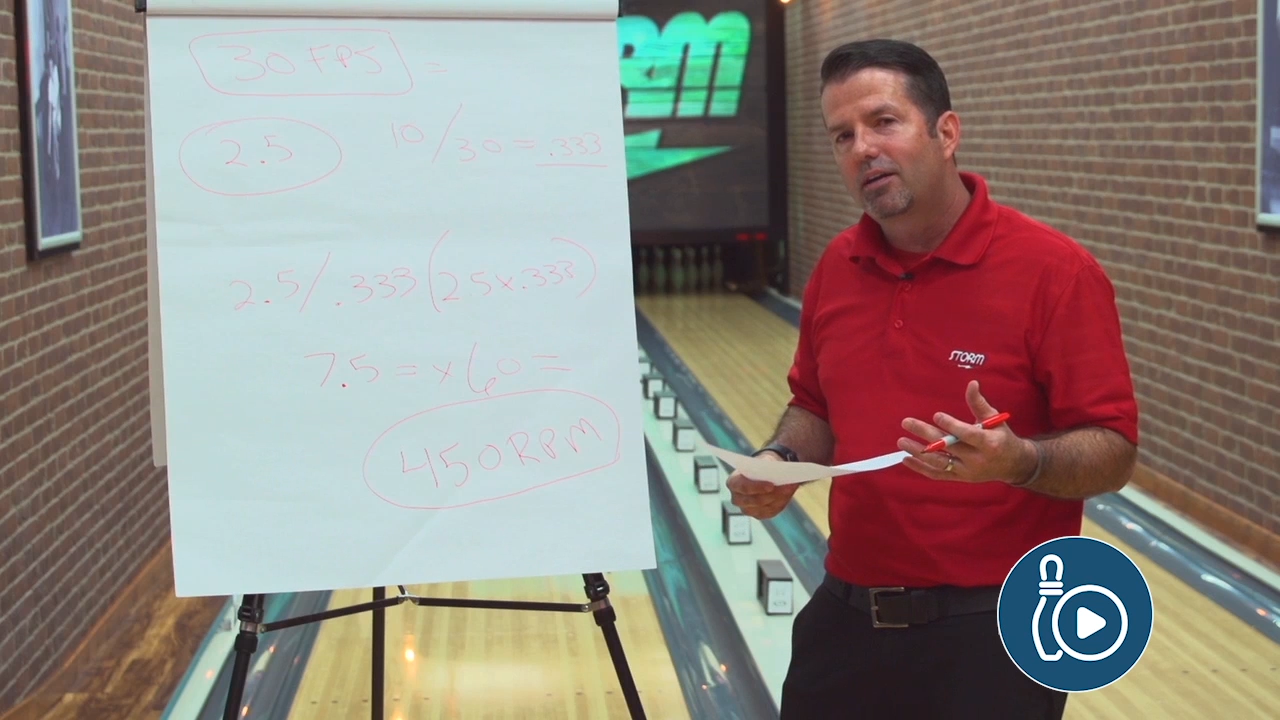 This data is so important to take your game to the next level. Knowing your speed and rpm will help you “match up” at your next competition. It also gives you the opportunity to relay this information to your pro shop to play with new layouts.

8 Responses to “Identifying Your Bowler Statistics”