There’s no shortage of bowling balls to choose from. Having multiple bowling balls is common in the sport today, but how do you know which one to add to your bag?

Core, radius of gyration (or RG), differential, layout, and coverstock all contribute to when and where the bowling ball will hook on the lane.

This core dictates the change in motion down lane at the breakpoint. 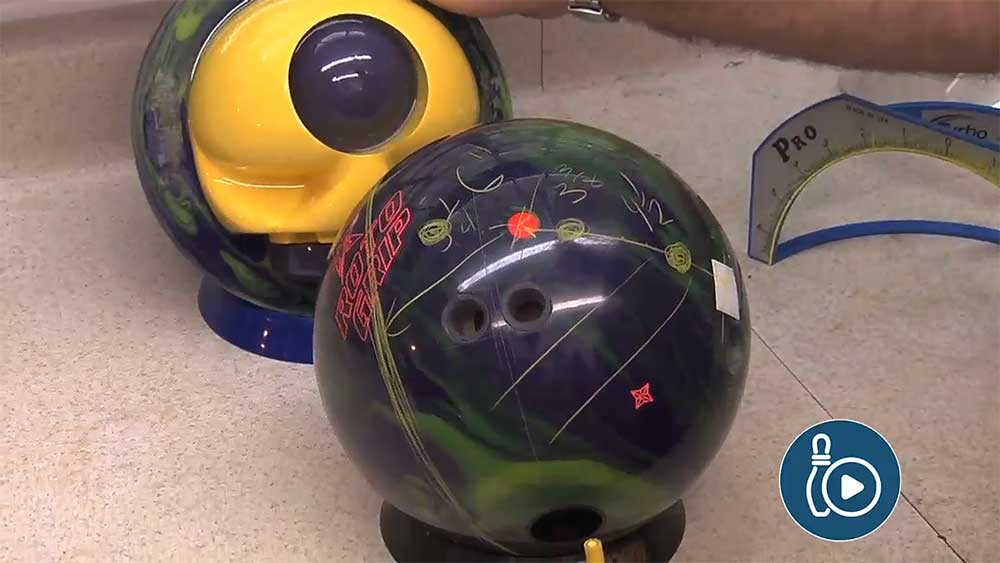 When the bowling ball rolls down the lane it revolves around its axis. There are two points at the ends of the axis: the negative (NAP) and the positive axis point (PAP).

The NAP exists but is not important to bowlers because it cannot be seen while the bowling ball is in motion.

The PAP is important because it can be seen throughout a shot and the bowling ball’s reaction is influenced by how far the pin and mass bias is away from the PAP.

Every bowler has a PAP (positive axis point) that is uniquely yours and the positioning of the core relative to your release will be how your pro shop operator comes up with your layout.

There are two types of cores and they come in a multitude of shapes and sizes.

Asymmetrical cores are not uniform in shape. 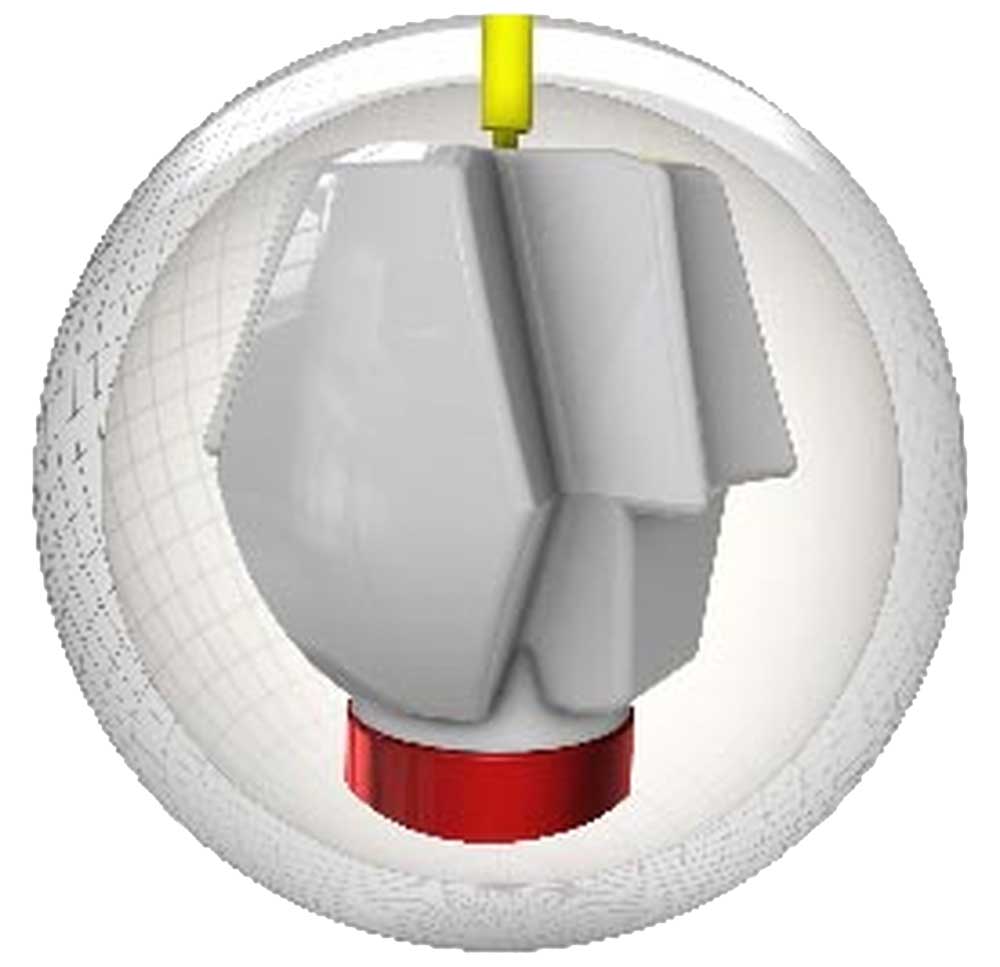 Symmetrical cores are uniform in shape. 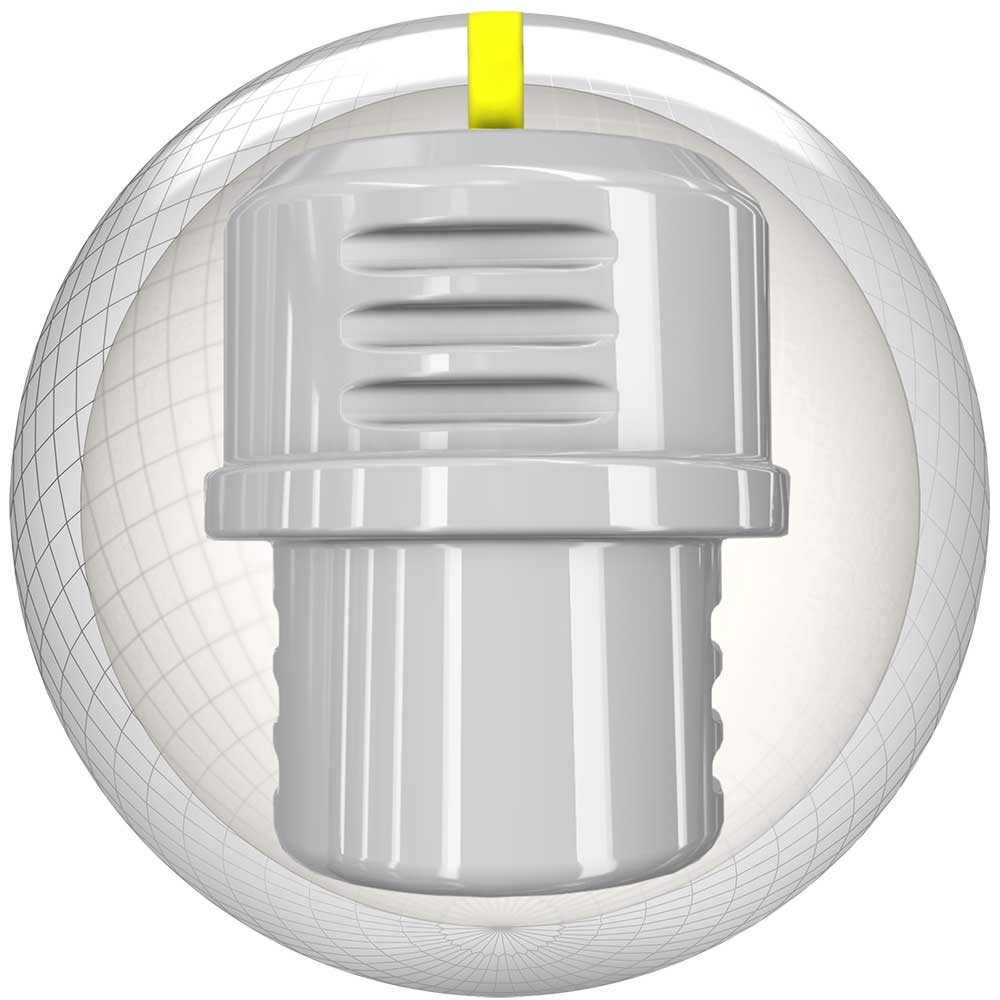 Measured in inches, radius of gyration is the distance from the axis of rotation at which the total mass of a body might be concentrated without changing its moment of inertia.

Low RG bowling balls are good for bowlers who tend to throw the ball faster as well as bowlers with a lower rev rate.

Higher rev rate bowlers playing inside who need the ball to pick up a little earlier down the lane also use low RG bowling balls.

Remember, smaller cores create a lower RG. The weight is more center-heavy. This gives the ball the ability to get into a roll (the third phase of ball motion) sooner.

High RG balls are good when the lanes are dryer and you need more skid. This also provides a larger angular move when it hits the friction down lane.

Larger cores create higher RG and the bulk of the cores weight is distributed closer to the shell or coverstock.

This gives the ball the ability to slide down the lane longer before it gets into a roll.

In other words, whatever the difference is when the ball spins one way vs. the other, that equals the differential.

Think of it this way. When a quarterback throws a football, the football spirals.

When a kicker kicks a field goal, the football rotates end-over-end.

Differential is the number used by bowling ball manufacturers to tell us track flare potential on a bowling ball.

Track flare is the amount of surface on the bowling ball that actually touches the lane.

Returning to the car analogy, if the tires determine the motion of a car, equivalent is the surface of your bowling ball.

You could have the most powerful engine known to man, but if your tires are worn or flat, your car will still drive like garbage.

Twenty-five percent of a ball’s motion comes from the layout and core.

The biggest factor that influences ball motion is a bowling ball’s surface at 75%. You can adjust the bowling balls surface before competition using sanding pads.

This influences the shape of your shot front-to-back while the core influences how it hooks right-to-left (for right-handed players) at the breakpoint.

For more bowling tips, be sure to check out the National Bowling Academy blog and visit our Pro Shop, Equipment & Accessories library for more expert instruction.